Gabi and Olivia vibe and chat about Disney+, actors who seem to be in every movie, Ariana Grande, and Harry Styles’ world tour announcement.
WE MADE A TWITTER (finally)
follow us @oglunchbreak 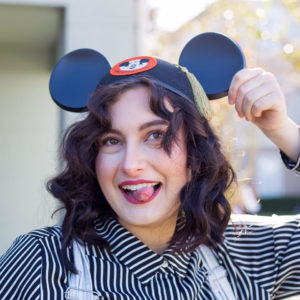 Olivia Haas is a Radio Production major and a Drama minor originally from the beautiful Napa Valley in California. She is the Production Manager of Hofstra Concerts, a DJ on Alternative Nation and talk host on The Screening Room on WRHU, as well as an Audio Visual Tech for Hofstra’s Event Management. She loves Disney and got the chance to work at the Walt Disney World Resort in 2018. One of her favorite past times is going to concerts with her pals and spilling tea on her podcast.